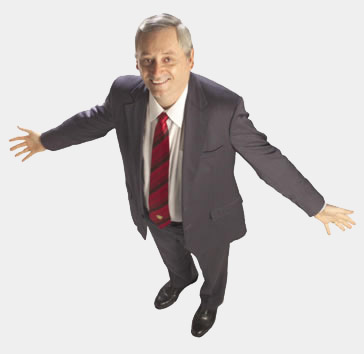 Ron LeGrand is a nationally recognized real estate expert and trainer, with 32 years of experience in both residential and commercial properties and a 27-year-history of hard money lending and brokering. His experiences include personally buying and selling over 2,500 single family houses and completing over $300,000,000 in Commercial Property deals with student partners all over America.

Mr. LeGrand is a highly sought after platform speaker, who has addressed audiences as large as 20,000 and as small as 100 in hotels and convention centers across North America, sharing the stage with leaders such as Donald Trump, Robert Kiyosaki, Rudy Giuliani, Tony Robbins, Larry King, Dr. Phil, Suzie Orman and many others. For the last 27 years, he’s been helping thousands of ordinary people take their lives back and create financial freedom by implementing his systems for success as real estate investors. Today, he’s considered the country’s leading expert and is referred to by many as the “millionaire maker.”

His book is in stores and online, and over the years he’s created dozens of home study products and live training events on various real estate related subjects. He spends much of his time passing on his experience at those live training events, held in various parts of the country, while simultaneously running over ten different businesses he owns and controls.

People constantly ask why he continues to teach…It’s hard to understand why a multimillionaire would take the time to work with those who aren’t.

His answer is simple really. “First, make no mistakes about it, I get paid well for teaching. It’s not a mercy mission, and I’m not a non-profit organization. Second, I thrive on this work. Golf, fishing and diving get old quick. Making millionaires never gets old. It’s fun, and I love doing it.”

So, there you have it, the real Ron. Now let’s spend some time on you and how to add your name to our millionaire club... Quickly.